To unite 1000+ global healthcare professionals across different locations in an engaging web experience. 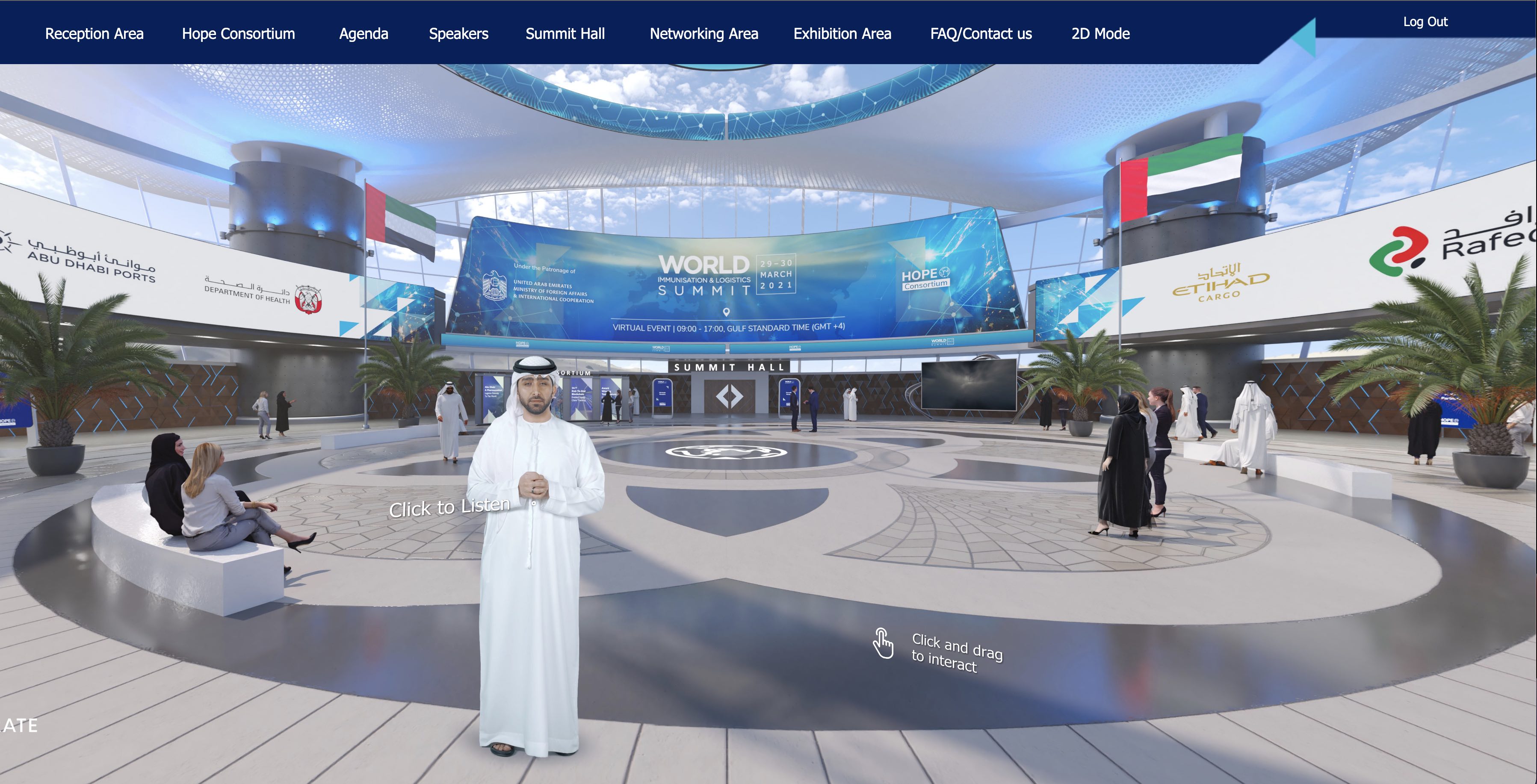 "mimic as a content delivery platform empowered us to deliver and facilitate content engagement with ease. The true power of the platform lay in controlling, monitoring, and managing data and content in real-time, providing shared spaces for collaboration across diverse locations. This platform was integral in seamlessly educating and driving discussions around the logistics of a vaccine rollout which was pivotal in the success of their global, logistical vaccine rollout."

The mass distribution of COVID-19 vaccines to the global population was considered to be one of the largest and most complex logistical operations ever to be undertaken in human history. The World Immunisation & Logistics Summit, hosted by the HOPE Consortium, welcomed 1,000+ virtual healthcare attendees from around the world to virtually educate them about the vaccine logistical rollout. Uninterrupted content delivery across locations was a key requirement and mimic digital was instrumental in facilitating seamless content distribution and consumption for this summit.

How mimic was used:

A customized web page was created using mimic and the summit's branding and logos were uploaded. A secure registration login form was then integrated to provide event organizers with a central platform for registration management. This provided entry into the shared content portal which housed all the summit's content. The mobile responsive web page was customized to include the event agenda, speakers, access to the main stage, exhibition, and networking area. This created a centralized platform for all content to be shared and accessed by healthcare attendees in real-time.

mimic allowed the networking area to be divided into five distinct chat areas. Each chat area was centered around a different topic to facilitate content personalization and preference. Each chat area's content could be monitored, updated, and managed separately with ease. Moderators could view how many attendees joined each chat room and who engaged in each discussion. The moderators were also given access to post questions relative to each chat group. This further promoted interactivity and engagement as attendees exchanged opinions. Within the messaging chat function, attendees could engage in chats with fellow attendees and express themselves using several different emojis. This prompted added engagement and interactivity within the chat rooms.

In addition, a 3D stage was used to host immersive presentations virtually. A green screen was used to record live speakers and transport them into the virtual environment. Live video feeds of this were monitored and managed using mimics multi-stage and live interactive streaming features. This ensured that the live recordings from the green screen were streamed without interruptions to audiences across multiple locations.

Features used in a project

Promote audience interaction through engagement platforms such as Chat, Poll, and Q&A.

Create and send customized emails to your audience.

Configure your sign-in and sign-up pages with custom registration fields.